BLOG / Celebrating 4 Outstanding Architects and Designers from the LGBTQ Community

Celebrating 4 Outstanding Architects and Designers from the LGBTQ Community 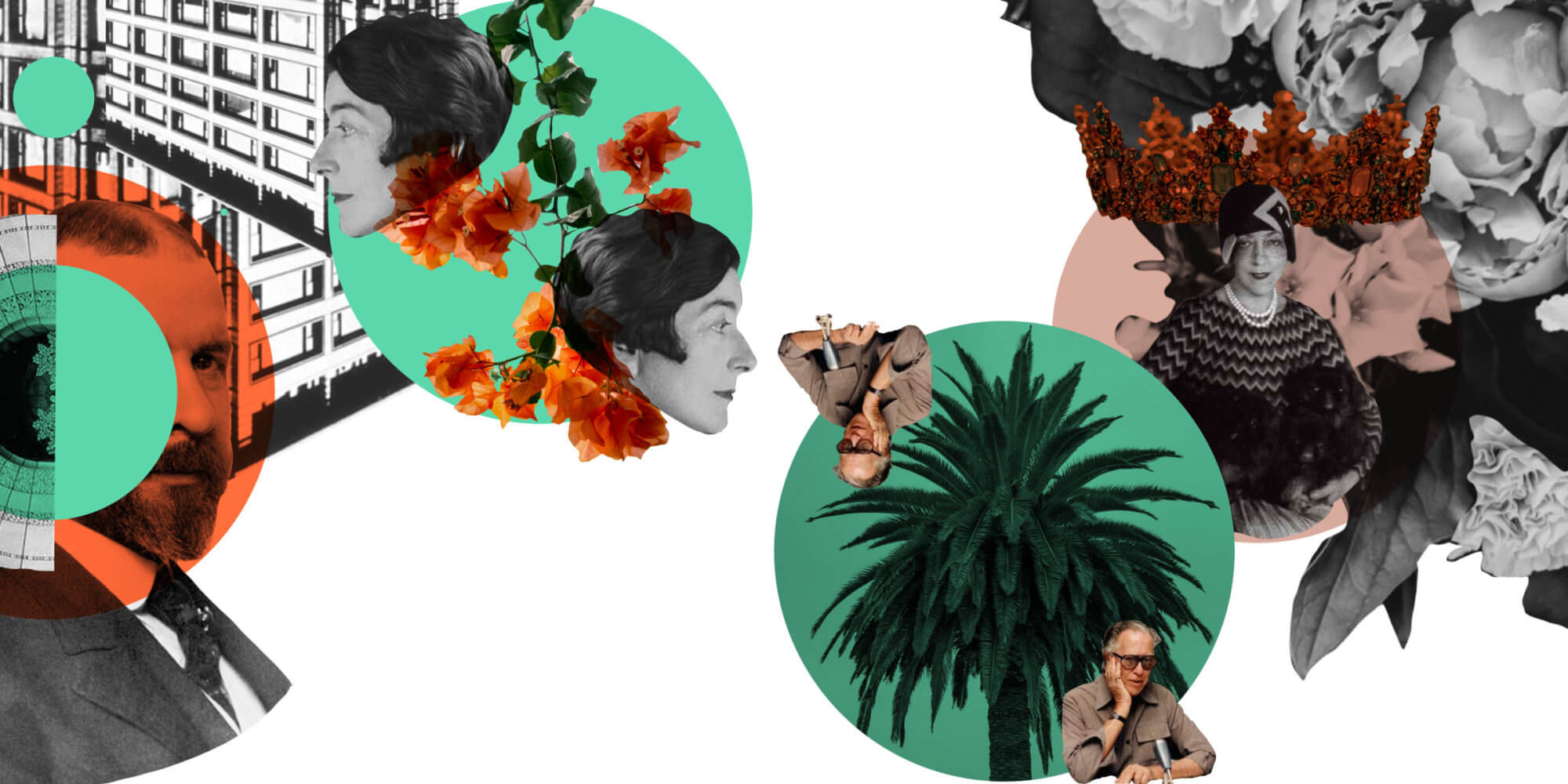 Celebrating 4 Outstanding Architects and Designers from the LGBTQ Community

As part of Pride Month, we’ve been celebrating the life and works of some outstanding designers and architects from the LGBTQ+ community on our social media channels. From the “father of skyscrapers” to a pioneer in the tropical modernism movement to the woman who’s credited with creating the profession of interior design, we’ve learned a lot of fascinating things, and we hope you’ve enjoyed it as much as we have. In case you missed our posts or you just want to learn a bit more about the 4 people we featured, read on!

Louis Sullivan is known as the father of skyscrapers and his numerous works include the Auditorium Building in Chicago, the Guaranty Building (now the Prudential Building) in Buffalo, NY, and the Wainwright Building, St. Louis. Sullivan was a pioneer in designing steel-framed skyscrapers, but he’s also known for defining an architectural style unique to America. He believed a building should respond to its specific environment in the same way a plant would grow “naturally, logically, and poetically out of all its conditions.” You may have also heard his most famous quote – “form follows function”. As with many LGBTQ individuals of his era, his personal correspondence was destroyed toward the end of his lifetime. His legacy remains, not only in the form of revered architecture, but through his student, Frank Lloyd Wright, who apprenticed with him for six years.

Read more about him in Robert Twombly’s “Louis Sullivan: His Life & Work”. 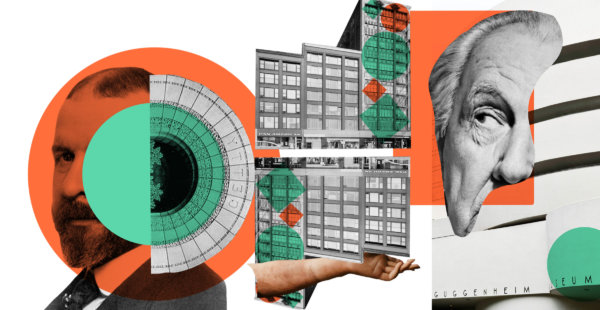 Eileen Gray was an Anglo-Irish designer of decorative furniture and Modernist architecture. Gray came to architecture later in life after first studying drawing and painting at the Slade School of Fine Art. She was one of the first women to be accepted at The Slade, and that wasn’t the first time she’d carve out a space for herself in a male-dominated world. Ultimately, her passions lay elsewhere though, and she began experimenting with Japanese lacquerwork fused with geometry. She became interested in architecture in her late forties after a successful career in furniture design. She is best known for E-1027, a modernist villa in Cape Martin in Southern France. It’s an iconic seaside villa that she completed at the age of 51 with no formal architectural training. Gray was largely unrecognized in her own lifetime, but today she is regarded as a pioneer of the Modernist movement, and E-1027 is now a French National Cultural Monument.

Read more about her in “Eileen Gray: Her Life and Work: The Biography”. 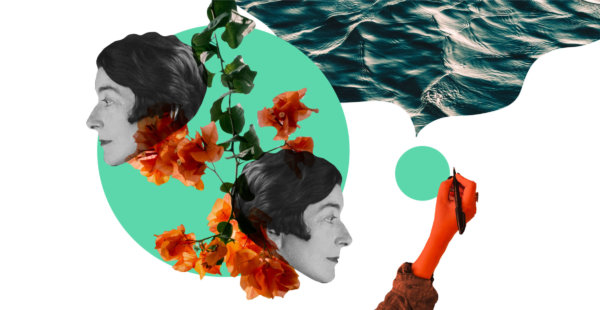 This is Geoffrey Bawa, Sri Lanka’s most renowned architect. He was born to a mother of German, Scottish, and Sinhalese descent and a father of Sri Lankan, Muslim, and French descent. It was these early influences that were instrumental in shaping his choices in both life and his future profession. He first studied and practiced law, but after the early deaths of his parents, he quit to spend time traveling. It was upon his return that he got his start in architecture after purchasing a rubber plantation called Lunuganga that he would go on to develop throughout his lifetime. Often called the father of the tropical modernist movement, Bawa’s style of architecture suited the hot, humid climate of Sri Lanka and focused on traditional materials. His influence can be seen across Sri Lanka, Bali, and Singapore. He’s perhaps best known for his hotel designs such as Kandalama Hotel. The structure of the luxury hotel was designed so that it hangs onto a cliff while facing Sigiriya rock.

Read more about him in “In Search of Bawa” by David Robson. 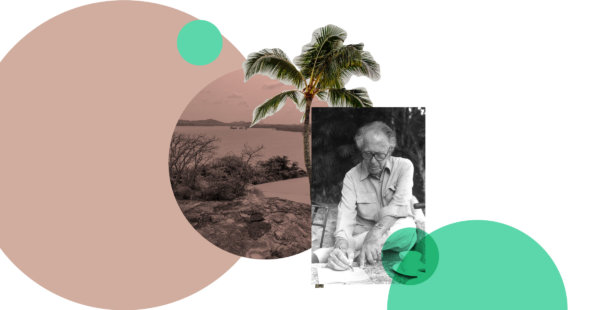 This is Elsie de Wolfe, an American designer credited with creating interior design as a profession. Born in New York in 1865, de Wolfe was a socialite who spent her early years in Scotland and was presented to Queen Victoria at court – a rare honor for an American at that time. She originally trained as an actress, but became more famous for her on stage attire than her acting ability. She became a fashion icon and was even named “best-dressed woman in the world” in 1935. In 1887, de Wolfe settled into what was then called a “Boston marriage” with Elisabeth Marbury, a formidable figure in New York society who was wildly successful in her own right as a literary agent for the likes of Oscar Wilde, George Bernard Shaw, and many others. The two women shared a house on Irving Square, and it was there that de Wolfe discovered her talent and love for interior design. She was known for her hatred of the Victorian style of the time, which she considered hideous and dark. She opened up the space and redid the house in soft, warm colors to make it light, airy, and feminine. She became a professional decorator in 1905. That same year a group of powerful women, including Marbury, Anne Tracy Morgan, and Florence Harriman opened the first private club exclusively for women in NYC – The Colony Club. De Wolfe was commissioned to design the interiors. She was also active in the women’s suffrage movement and was awarded the Legion d’Honneur for giving the Red Cross the use of her villa in France during World War I.

Read more about her in her own book “The House in Good Taste”. 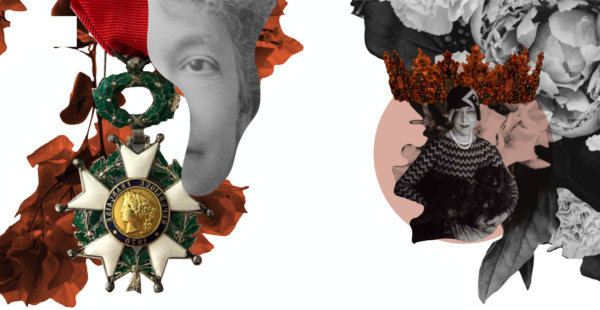 Did you enjoy our Pride Month campaign? Want to keep up with our latest news? Follow us on social media to stay up to date, meet interesting architects and designers, and to see beautiful 3D visualizations.

Check out other blog posts for our latest news, interesting clients, and beautiful projects!

The most effective way to let a vacant space
ARC Uxbridge: A best-in-class office and lab campus
Digital Property Marketing: 13 Details That Ensure You Stand Out
10 Beautiful Office Spaces to Inspire Your Next CRE Project
Celebrating 4 Outstanding Architects and Designers from the LGBTQ Community

This site uses cookies to give you an enhanced experience. It also has tracking via Google Analytics and Facebook Pixel. We use these to get an idea of ​​how our visitors use the site and to customize our marketing. By continuing to use this website you agree to this.